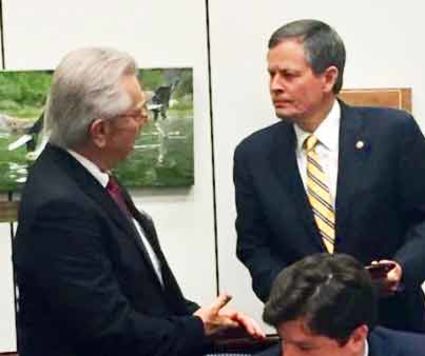 Alan Merrill attended the National Farmers Union Fly-In in Washington D.C. where 350 farmers meet face-to-face with top Trump administration officials and members of Congress. Alan said, "these are desperate times." He visited, along with the rest of the Montana's delegation, a number of House and Senate Legislators offices including Congressman Greg Gianforte, Senator Steve Daines, and Senator Jon Tester.

According to Merrill, "Our Montana Farmers Union fly-in was a big success in my opinion. They meet with top officials and the majority of the Senate and the House offices where we visi...