The Value of Track 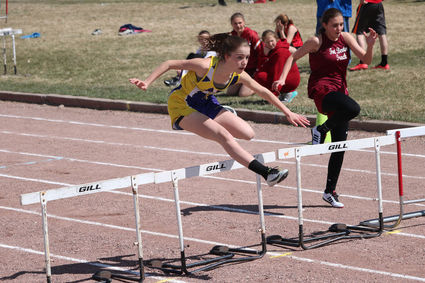 8th grader Amy Gasvoda, a up and coming Pioneer trackster.

It was a windy day, like most spring track meets. I saw him coming down the cement stairs from the track field. I asked him if he likes track. He said, "Yes. I run the 100 and the hurdles." Although I learned later, he's never runs the hurdles but wanted to and on that day, he was going to get a chance to. He just loves being a part of a team and playing sports. His skill levels will not make him a winner, but he loves the camaraderie like sitting with friends on the bus and running in the same races. "His team is very good to him," his mother said.

The reasons for being a part...