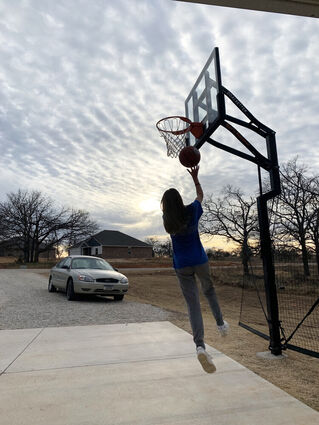 Sometimes getting away from home gives you new

On my recent trip to Oklahoma, I discovered I couldn't buy an airplane ticket unless I promised to wear a mask the whole time. I was reminded of that fact listening to a video repeatedly while waiting for the plane about the law of wearing a mask while on the plane. When I got on the plane, I was reminded again. So those who create a scene aboard a plane about not wearing a mask planned on making the scene.

While on the plane, I had great seats going and coming. An elderly lady was boarding the plane to go to Montana. She was small and somewhat frail, but I liked her immediately. Her white hair had a vivid pink accent on one side. She had some difficulty bringing in her bag and, of course, couldn't get it up in the compartment. Her seat companion offered to help her, but she wanted it between her feet. So he helped her put it under the seat in front of her. He was in his early 20's and had a new job in Montana. He had never been here before and was looking forward to the adventure. She talked his ear off for 1 ½ hours. He didn't show any sign of frustration or boredom. He appeared to enjoy her company. I'm sure it made her feel wonderful to have such a long and meaningful conversation, but I was impressed with the young man who gave his time to her.

I went to basketball games while I was there. It's a different culture, but the crowds loudly show their appreciation for the athletics playing. We clap, but we seldom stand, and our claps are softer. I thought it was interesting that the girl's team had as many supporters as the boy's team. And I found myself wishing we supported our teams similarly. It was a fun, fun evening. 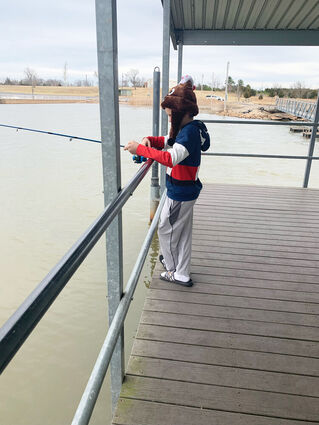 And I went fishing for the first time. I always thought fishing would be boring! But my grandson took me fishing. He loves it. He can sit by the water all day and fish. I asked him why he loves it so much, and he said, "There's just something about the bite of a fish." His heart races, he told me. So we sat; I did get a few bites but no fish. However, I can understand the relaxation and real calming feeling one gets just sitting there enjoying the day. I loved watching him fish. One of the most enjoyable moments of my trip!

Watching my granddaughter, who looks like my daughter, practice basketball in the evening sunlight made me realize how quickly life passes. I don't want to live with regret. I guess you could call it a bucket list, but rather not places to go and things to do. I want to do my best to heal relationships. I want to learn new things. I want to celebrate, laugh more, and eat fun things.