Christmas Memories Part 2: Some Christmases are full of sorrow 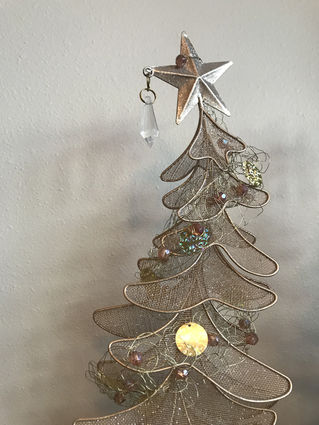 Most Christmas memories tug at the heart! But some Christmas memories are filled with pain too. The four children share two bedrooms. The girl's bedroom was bigger, but they shared a double bed which filled most of the room. The boy's room was smaller, mostly just enough to hold a bunkbed. It was Christmas morning and upstairs both bedrooms were stirring. They were excited to see what Santa brought them. The oldest daughter knew better, but she enjoyed the younger children's excitement. They started running down the steps but their mother stopped them before they reached the bottom. "You have to go back upstairs your father isn't here and we have to wait for him to return." It didn't make sense at all but they went upstairs and sat on the double bed to wait. It was actually quite a long time, because like normal they had woken up way before the sun rose, and they waited until the sun was fully up. They'd call down now and then, but were not allowed to come down the steps. Finally, their father appeared at the bottom of the steps and told them they needed to come down and sit at the dining room table. They wanted to get to their presents, but their father was serious enough they did not question him. It was there that their father broke down in tears, the first they had ever seen him cry and told them that all four of their cousins had died in a Christmas Eve fire. The oldest daughter was especially destroyed as she babysat them every week. No one remembers the presents that year. They do remember four small white coffins.

Her mother and father had had a good year. But an uncle had lost his job and had turned to alcohol to handle his despair. Recounting the story, she started crying. That Christmas they stocked her uncles whole house with everything they needed-- toilet paper, tooth paste, food, and toiletries etc. She doesn't remember her gifts, but she does remember that families joy!

She remembers that they must of had a really great crop that summer because her father who was very tight with his money left all of seven of the kids $50 each in an envelope on the tree.

She went to the Methodist Church and when the Sunday School Christmas program was over Santa gave out paper sacks with peanuts and fruit in it. "I was standing in line waiting for my paper sack of goodies and I kept hearing "HO, HO, HO" and it sounded like my Grampa. Now I still believed in Santa. I kept getting closer and closer and I knew it was Grampa." And then there was a get together at her Grampa's house. She was in bed, and supposed to be asleep and remembers they were telling a joke and it was going on and on about somebody telling somebody about the facts of life. And the punch line was there is no Santa Clause. That's how she learned there was no Santa. Everybody laughed and laughed loudly, but she remembers she didn't think it was funny! Because Santa was real, a big thing at their house. They would even listen for him on the roof and everything!

"Santa was a very big deal. One time he even got stuck in a chair and ripped his red coat. There was red material stuck in the chair. "I will never forget finding that red piece of cloth." He would leave track marks from his sled in

the snow outside their house. "Santa always drinks beer at our house. Carrots for the reindeer, but beer for Santa"

"I remember when my mom and dad were alive, all the kids, nephew and nieces would come over for a big feast. My mom would bake and bake and bake. She would cook a turkey, a roast, a duck, and a ham with a big pots of potatoes, sweet potatoes, beans, and carrots. She cooked the entire meal. And I was always stuck at the little kids table." The whole thing would go in one day's settings. "It was the one day we all made an effort to get together." Her mother was always known for her Cherry Torte. She makes it now. "It's delicious." She remembers making a 9 X 11 pan of it and she and her friend ate the whole thing once. She just recently found the recipe again, this one handed written by her mom. And at the end it say's "Love Mom".

And then I received this poem about his Christmas Memory:

The memories flood back.

Sledding in the Bear Paws.

The fun turned to despair;

As we struck the big boulder and flew up into the air.

The toboggan was shattered.

The laughter turned to sadness,

as the end of an era was here.